Welcome and thank you for visiting this article. Before you start reading, you need to know that some of the links on my website are affiliate links of which I receive a small commission from the sale of certain items, but the price remains the same for you.

The Gold Coast is a vibrant city with some of the best surf beaches, bustling nightlife, and also the most beautiful skyline in Australia. There are many ways to admire the stunning high-rising towers on the shore of the Gold Coast but the most unique way is joining a scenic helicopter tour with Sea World Helicopters.

In 2022, I was fortunate to experience a helicopter flight along the beaches of the Gold Coast with them and I can say it is a must-do activity when you visit the Gold Coast.

In this article, I will tell you more about what you can expect from the best Gold Coast helicopter ride and my personal experience.

Where is Sea World Helicopters?

The office and terminal are located next to the Sea World Theme Park on Main Beach, which is only 5km from Surfers Paradise and very easy to get by car or public transport.

There is also a tram running through the Gold Coast, however, I recommend checking the website of Translink for the most updated time schedules and routes.

Helicopter tours are easy to book these days in many different ways and probably the easiest way is to book your helicopter flight online. The website contains a calendar with live availability which makes it very easy for you to select your preferred date and time.

When you are already on the Gold Coast you can choose to visit the office (which is located next to the Theme Park) and book your flights directly at the information desk.

Another option is to call their office and the friendly staff will be happy to assist you with all your questions.

If you still doubt to book, I recommend having a look on Tripadvisor and reading the great reviews from other customers. I do it for every experience to make sure that the experiences I recommend or promote on my blog are unique and well worthed

How much is a helicopter ride with Sea World Helicopters?

The best part and probably the question everyone has is, how much does it cost for a helicopter tour? There are many different helicopter tours with affordable prices starting from A$ 59.00 per person.

The most popular tour is the Coastal City Experience (Tour 2), which is also the tour I booked. It is a 10-min flight along the coastline of the Gold Coast and costs about A$ 129.00 for an adult.

However, if you like to experience a longer flight, then Tour 4 is definitely a great choice. With this tour, you’ll fly about 20 min and all the way to South Stradbroke Island and Southern Gold Coast for only A$ 279.00 per adult.

Where to stay in the Gold Coast

The Gold Coast is a year-round destinations and there are plenty of options on where to stay in the Gold Coast. From budget backpacker hostels and caravan parks to private beach villas and luxury penthouse suites.

During my visit, I stayed at the Main Beach Tourist Park as I was traveling with a camper van along the East Coast of Australia and paid around A$ 60 for a powered campsite.

Although, if you are still looking or you don’t know where to stay in the Gold Coast, I listed some other mid-range options below to help you with planning your trip.

What can you expect from a scenic helicopter flight?

Sea World Helicopters offers a few different tours and depending on which tour you choose or book, you’ll see other parts of the Gold Coast. However, every tour includes the skyline of the Gold Coast and the beautiful beaches.

But a question many of you probably have (even me before, I joined this tour) is, what can you expect when you book a helicopter tour?

And probably many more good reasons to book a scenic helicopter tour!

TIP: Still not convinced? Read the amazing reviews on Tripadvisor

The skyline of the Gold Coast is in by far the most beautiful skyline in Australia and the best way to see it in a unique way is with a scenic helicopter flight.

As my previous helicopter flight in Uluru was such an incredible experience, it was obvious to contact the company again and they were very happy to recommend Sea World Helicopters for the best Gold Coast helicopter tours.

I contacted them immediately and there were a few options available during my stay, so I decided to book the Coastal Experience Tour.

I confirmed Helicopter Tour 2 for me and Nao only one day before the actual flight and even in this short time frame, everything was arranged very well. After the confirmation, I received an email with all the details and further information about the flight.

On the day of the flight, my partner and I arrived 10 minutes before and upon arrival, the receptionist guided us to one of the safety rooms, where we got an introduction video about all the safety guidelines before, during, and after the flight.

The video shows also some inspiring footage of what you can expect to see during the flight.

After the video, Corey (another amazing staff member), guided us to the storage lockers where we could store our small bags, caps, and jewelry, … and then took us to a pre-departure platform where he and his assistant Abby helped us with the life jackets and other instructions before entering the helicopter.

The seat you’ll get depends on your weight and the weight of other passengers to balance the helicopter. but no worries, every seat has excellent views during the whole flight.

Once everyone had buckled up and got their seats, the pilot introduced himself and we were ready to take off!

It was a very smooth start and we flew slowly over Main Beach to the south of the Gold Coast. We were impressed by the breathtaking view of all the high towers on the coast of Surfers Paradise and Broad Beach.

Obviously Q1, the tallest building in Australia and the building of Meriton Suites, immediately caught our attention. These massive and stunning towers are a very beautiful sight from above. I also recommend visiting the Skypoint observation deck in the Q1 tower.

In the distance, we had fantastic views over Burleigh Heads and the Gold Coast hinterland before the pilot made a turn with the helicopter pointing down, really exciting!

What makes this tour so great is that both sides of the helicopter have great views of the Gold Coast skyline, so you don’t have to worry about your seat in the helicopter

We flew back to Sea World and caught a glimpse of the southern beaches of Stradbroke Island, The Spit, and Wave Break Island, where many boats passed through the canals.

In the last part of the scenic helicopter tour, we saw the Sea World Theme Park from a bird’s perspective, which was also a really cool sight.
The roller coasters and other rides rose above the trees, surrounded by the ocean and canals of the Gold Coast.

We made a very soft landing and Abby and Corey were waiting already to help us safely back to the assembly point.

While the next passengers were getting ready, we were able to stay and watch the take-off of the next flight.

I really recommend getting your camera ready (Corey and Abby will be happy to take a picture of you) when the next helicopter takes off as it creates a lot of wind which makes for great photos if you have long hair.

A scenic helicopter tour on the Gold Coast was definitely a once-in-a-lifetime experience with stunning views over the beautiful skyline. The team of Sea World Helicopters was really amazing and very helpful.

If you are looking for a bucket list experience in Australia or just to admire the spectacular views of the Gold Coast, I highly recommend joining a helicopter ride with them

If you have questions about this experience, share them in the comments below or send me a message.

Save these pins for later

To plan my adventures, I use these FREE websites and apps as they provide the best information, the best deals, and they are user-friendly.

All the pictures on this page are made and owned by me. If you are interested in some pictures to use for your magazine, website, blog, or any other purpose, just send me an email and we’ll figure it out.

Do you like the edits? My Presets will be online soon so you can edit your pictures in just one click!

The camera gear I used for this trip

I never go out without my camera and many people ask me which gear I use. So to make it quite easy, I listed all the gear I used for this trip below.

Most of the time, I travel with the Sony A7III and the Sony 24-105mm/f4 as my primary lens but depending on the location, I change to another setup. However, I love the Tamron 17-28 to shoot in the big cities.

Didn’t find what you are looking for? Or so excited to discover and read more bucket list experiences? Below you can find other related articles such as itineraries, guides, once-in-a-lifetime experiences and the best places to stay around the world.

Takachiho Gorge: One of the most beautiful places in Japan 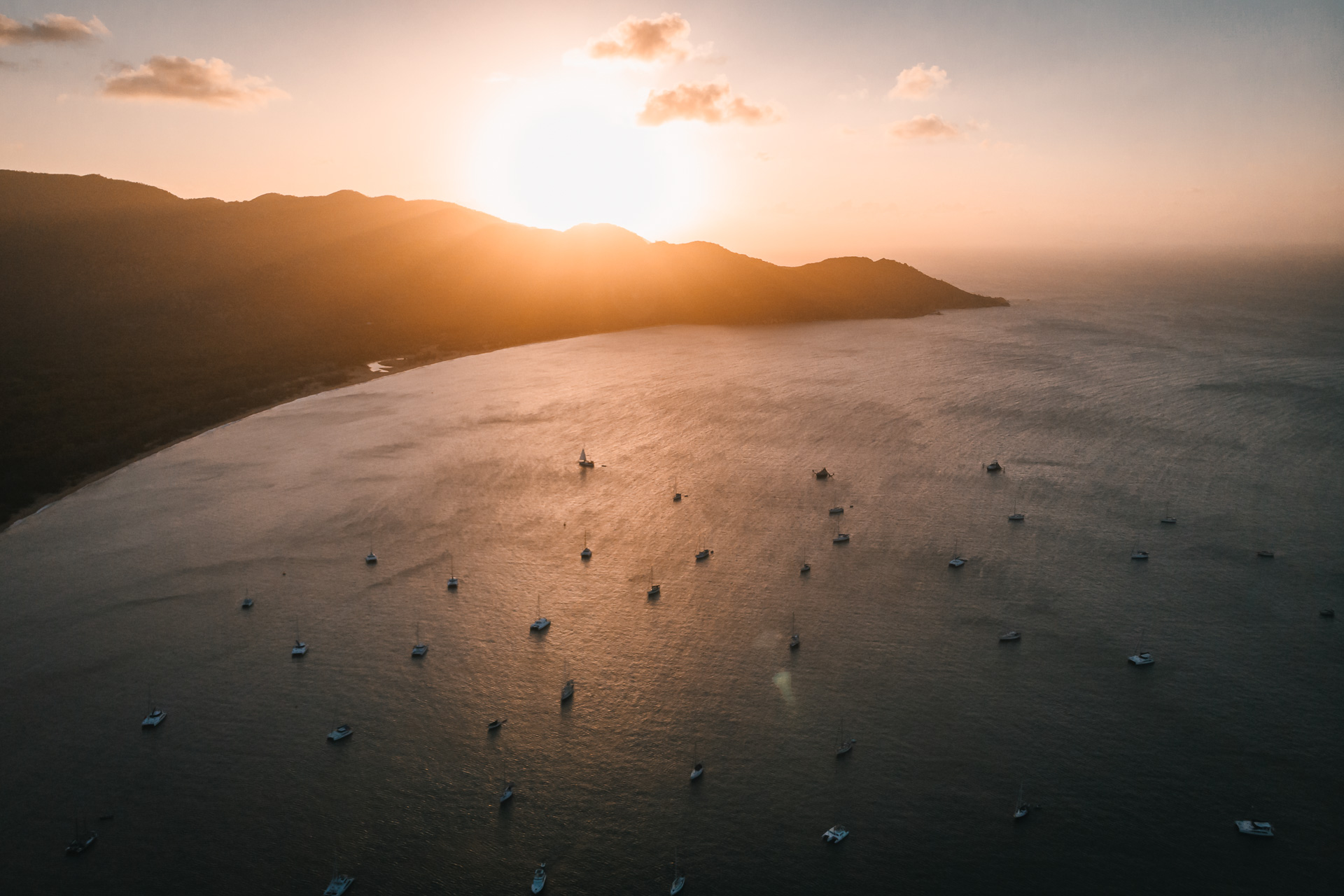 9 amazing things to do on Magnetic Island in 2 days 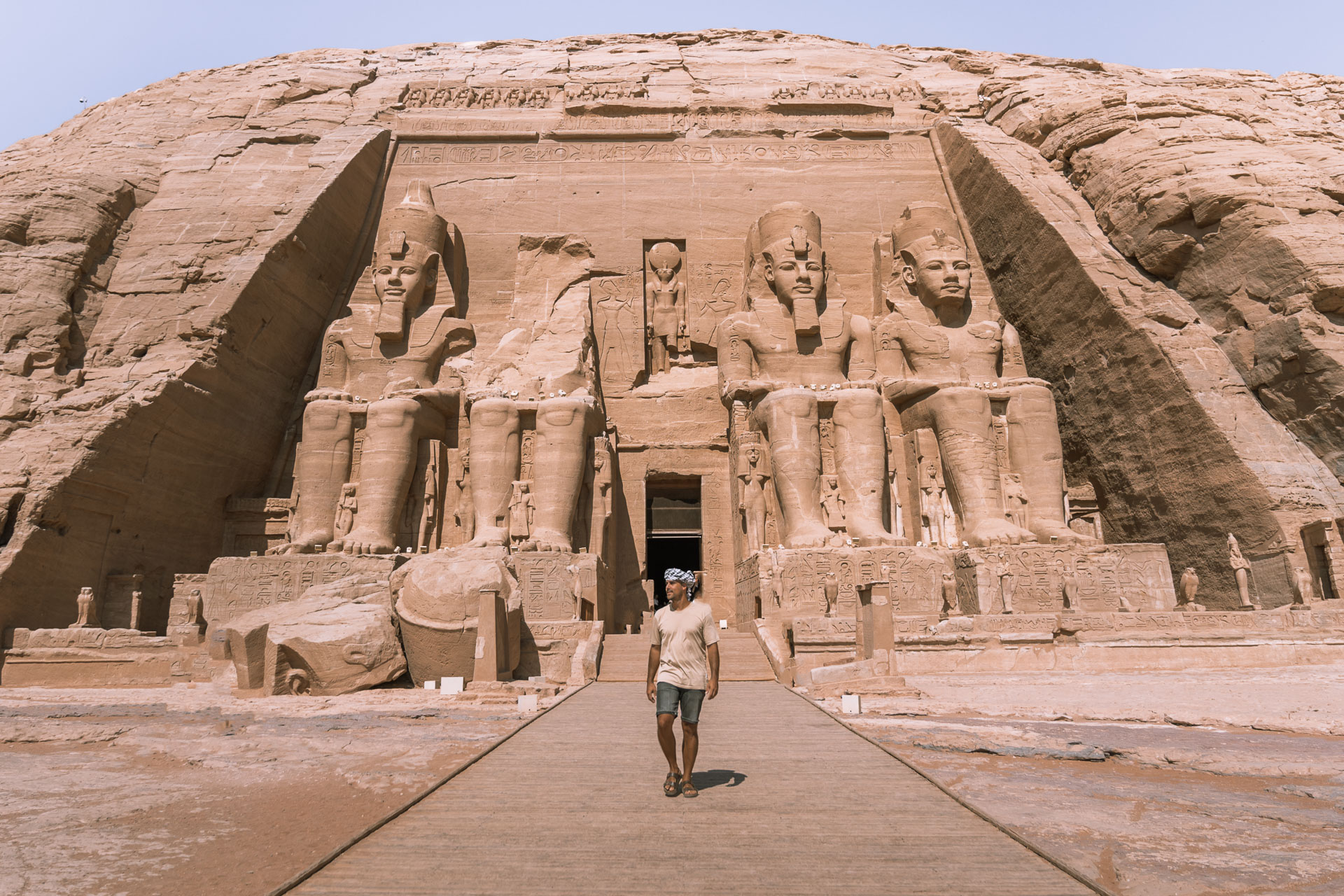 From Aswan to Abu Simbel: A magnificent landmark in Egypt